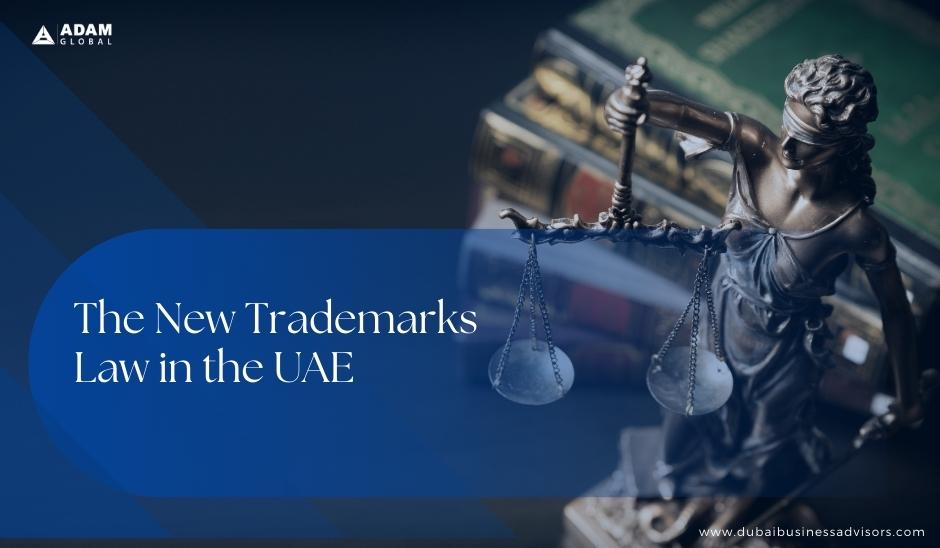 The New Trademarks Law in the UAE

How incessant and great are the reforms with which the 50yo UAE is replete! From decriminalising consensual relationships to the outside of wedlock to abolishing unlimited labour contracts to liberalising sentences for drug laws offenders to allowing 100% Dubai mainland ownership to the business owners, the UAE is making great strides in its commitment to making the nation world’s safest and happiest place to work and live for individuals and business persons alike. Stretching the boundaries of trademark laws was also on the country’s radar, and the result is right before your eyes – implementation of new Trademarks Law in the UAE from 2nd January 2022 with a wide range of reforms such as multi-class filings and applications for voice/sound, smell and 3D/hologram trademarks are welcome.

On turning 50 last year, the UAE okayed a diversified reform of its legal system, with about 50 laws included among the draft of new laws and legislative amendments. The UAE has brought into force one of the biggest legislative reforms in its fifty years by replacing the previous Federal Law No. 37 of 1992 with the new Federal Trademarks Law No. 36 of 2021 on 2 January 2022. This is the most momentous amendment to trademarks law since the previous trademark law’s enactment. Offering some different aspects and procedures, the New Law by and large adopts the GCC Unified Trademarks Law. The New Law responds to various issues that were dawdling under the Old Law such as registration of unconventional trademarks, raising the penalties for trademarks infringement, and has substantiated some other facets that were addressed through Court precedents such as prior usage and registration in bad faith. Additionally, the New Law has presented the registration of Geographical Indications for the first time, and furnished for the grounds of its registration and enforcement. Procedures rendered under the New Law will be further elaborated in executive regulations that are yet to be published. Read on to know more about the key alterations to the New Law.

The fundamental amendments set out in the New Law

The scope of Trademarks has been stretched in the New Law to accommodate a wide range of new trademarks that non-traditional in nature including 3D trademarks, single color, holograms, sound and smell.

The New Law published a list of marks that are prevented from registration as trademarks. Although the list is almost kindred to the old one, the New Law has broadened the preclusion to include any trademark that is indistinguishable, identical, copied, translation, phonetic translation, or transliteration of a previously registered trademark or long-familiar trademarks.

The New Law throws more light on the classification of “well-known trademarks” to facilitate practitioners and judges by clarifying the criteria to meet to be eligible to fall under the category. The standards include:

Trademark registration under multiple product classes is probably permitted under the New Law. For the final confirmation, you have to wait for the executive regulations to be issued.

Now the objections to decisions issued by the Trademarks Office regarding applications, oppositions and cancellations will be heard by a dedicated “Grievances Committee” in the Ministry, developed in the wake of the New Law implementation. The committee is to be headed by a Minister of Justice-nominated specialised judge, together with the Ministry of Economy-appointed two experts in the field. Having a judge heading the Committee is crucial, taking into account the matters the committee will hear and decide. The executive will detail the process by which the committee will be decided.

Contesting Committee’s Decisions Won’t Be That Much Time-consuming

Under the New Law, all the committee decisions shall be subject to appeal before the Federal Court of Appeal instead of the Court of First Instance. This improvement absolutely makes sense, considering the fact that the committee has one judge and two experts. This is sure to greatly slash litigation time, as it will be only for two stages appeal and high court, instead of three stages as it was under the Old UAE Trademark Law.

Although the prior use right has already been followed in the UAE through Court precedents for a long time, the New Law has made it crystal clear. The New Law has intelligibly provided for the rights of a trademark’s prior user to cancel their trademark that was registered within 5 years unless such registration was accepted, explicitly or impliedly, by the prior user of the trademark.

As per the New Law, a trademark will become immune if registered and used for 5 years without any changes in its ownership, just like the situation under the Old Law. Nevertheless, trademarks registered in bad faith from this immunity are excluded by the New Law. This is in line with the Paris Convention and Court precedents in the UAE.

The New Law permits the assignment of a trademark with or without consideration, which was vague under the Old Law. According to the New Law, registration of trademark licenses with the Ministry is no more required. Prior to the enforcement of the New Law, registration of licence agreements was subject to debate as it would affect the licence effect against third parties. But now it is as clear as day that there will no longer be any effect for a non-registered licence.

With the New Law came new time frames required to deal with the trademark concerns:

Realising that just like patents and trademarks, a geographical indication (GI) also needs to be protected, the UAE includes it in the IP legislation now, unlike previously. It was addressed in the Old Law only in terms of the marks that could not be registered, though. A geographical indication (GI) is a name or sign mentioned on certain merchandise which corresponds to a specific geographical location or origin (e.g., a town, region, or country). For instance, India’s tea (tea products from Darjeeling and Assam), Dubai’s gold, China’s bone China items, Brazil’s coffee, Germany’s bread, etc. are the products that possess qualities and reputation that are due to their origin. GIs are explained in the New Law as any indication demonstrating that a trade good has been developed in the territory of a member country of the World Trade Organisation or in an area, location, or place of that region if the product’s quality, reputation, or other attributes are mainly due to its geographical inception. A GI can be anything from one or more signs in any form featuring words, geographical names, personal names and numbers to colours. The New Law responds to the disputes between GI and trademarks and forbids the registration of a GI if it causes confusion with a trademark application or with a trademark that has been utilised in good faith in the country.

The New Law also regulates customs seizures, which were not covered by the Old Law. According to which customs authorities (on their own or on the request of the right owner) are allowed to halt the clearance of a shipment for 20 days, for any products that are found violating the New Law with a couple of exceptions such as:

For details and procedures of customs actions, refer to executive regulations, once published.

The New TM Law also provides detailed procedures for provisional measures that include:

The judge of urgent matters shall issue the provisional measures, and it may be issued ex parte (“by or for one party”). The judge might also request a bank or monetary guarantee. If the substance is not filed within the period of 20 days after the issuance of the Court order, it will be deemed cancelled.

There is a surge in trademark infringement penalties in the New TM Law. Pursuant to the New Law, fines range between AED100,000 to AED1,000,000 for the below-mentioned crimes:

On the other hand, crimes related to the sale or possession of counterfeit products or infringing products or the use of a trademark that cannot be registered may attract a fine ranging between AED 50,000 – 200,000, somewhat lower but still hefty.

The increase in fines is epochal if compared with that imposed under the Old TM Law i.e., minimum of AED 5,000, UAE Courts would levy the minimum.

The above-mentioned are just some of the modifications introduced under the New TM Law, there is much more which will be revealed once executive regulations will be circulated. Meanwhile, it is clear that these alterations to the previous trademark law are meant to further simplify the trademark framework in the UAE for businesses.