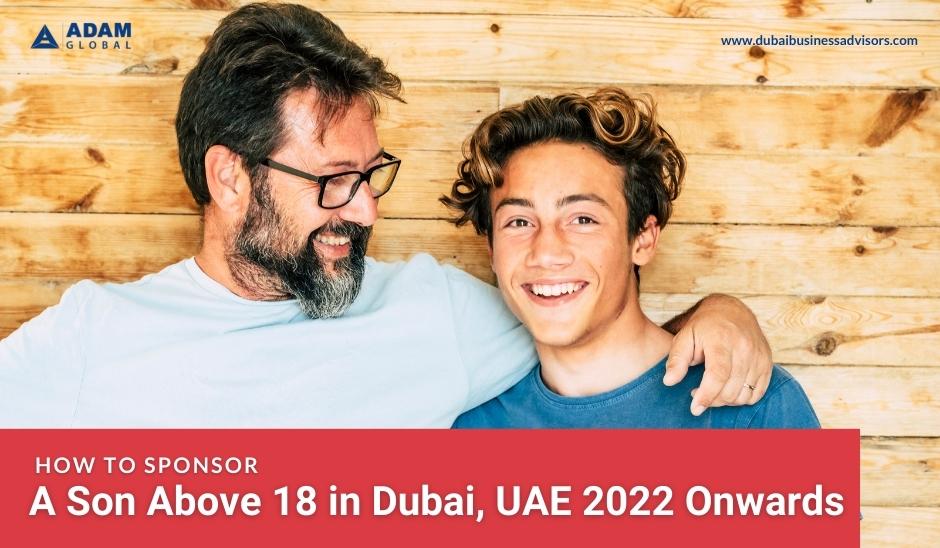 Coming into force on 5th September this year, the new UAE visa rules bring relief to many. Among those are the expat parents of big boys. Because now they can sponsor their college-going sons until they are 25. Earlier, the age limit was 18 years and parents could renew the existing visa for another three years only if their sons were studying at a university in the UAE or abroad. However, in the latter case, he has to enter the country at least once every six months to keep his UAE residency active. The residence visa is issued on a yearly basis, renewable until the student completes his studies. The updated visa system blows away parents’ hassles of renewing their 18yo sons’ visas and forking out every year on university visa sponsorship in the UAE. The rule changes were approved by the Cabinet in April, as per decision number no. 65 for 2022.

Who can sponsor a student visa for the UAE resident sons?

A student visa in the UAE can be applied for either by the student’s parents or relatives or the country’s accredited universities/colleges. In any case, the beneficiary has to fulfil specific requirements such as passing a medical fitness test, a security check and the approval of the General Directorate of Residency & Foreigners Affairs (GDRFA) in the relevant emirate. Visas are granted by visa authorities represented by the respective GDRFA. Parents, like before, don’t have to place bank deposits to secure one. However, they are required to present their son’s proof of education. As per the executive regulations list regarding Entry and Residence of Foreigners, the child’s residency visa may turn invalid if he remains outside the UAE for more than 180 days. Disabled male children, just like unmarried daughters, are granted a residency permit regardless of their age, under the new policy.

What are the requirements & paperwork to secure a UAE student visa for sons above 18?

Below are the primary requirements for the sons’ students visa in the UAE:

Documentation for son’s sponsorship up to 25 years of age

How long the son’s UAE residence visa will be valid under the new visa rules in the UAE?

Be it a son or daughter, children’s UAE residency visas are linked to their sponsor’s visa. In any instance, the validity period of the son’s residency in the UAE remains the same as their parents’ residency permit (in a normal scenario, two or three years if the parents are not UAE Golden Visa holders). However, to maintain the validity of the residence visa, the son has to visit the UAE at least once in 180 days according to the executive regulations list regarding Entry and Residence of Foreigners. Also, if the sponsoring parent’s visa is canceled, the son’s visa also needs to be canceled within the grace period of 30 days starting from the date of expiry or cancellation of their visa to obtain a new residence permit.

What happens to the son’s visa if his sponsor parent’s visa expires or gets canceled?

In the event of the sponsor’s visa cancellation, the dependent son’s visa also needs to be canceled. Failing this, the son may be subject to pay overstay fines, which is AED 125 for the first day after the grace period is over, followed by AED 25 for each subsequent day. Furthermore, if the dependant’s overstay period surpasses 6 months, then the fine increases to AED 50 per day and AED 100 per day if the overstay period reaches one year.

Who can help me get my son’s visa in Dubai?

Get in touch with our family visa experts in Dubai at Adam Global to get your big boy’s visa in the most cost-effective and effortless way. Adam Global, as a one-stop shop for all business and visa services in the UAE, has been helping residents and immigrants since 2002 get visas effortlessly, no matter the type – from family residency visa in Dubai (Including spouse visa, child visa and parents visa) to maid/nanny visa and employment visa to freelance visa, investor visa and partner visa to green visa and golden visa. Our transparent dealings, reliable services and incredible performance have made us one of the most sought-after business setup firms in the country. Feel free to book a free consultancy with our PRO service providers in Dubai to know more about the process, our approach and the total cost of getting your son’s visa in Dubai.